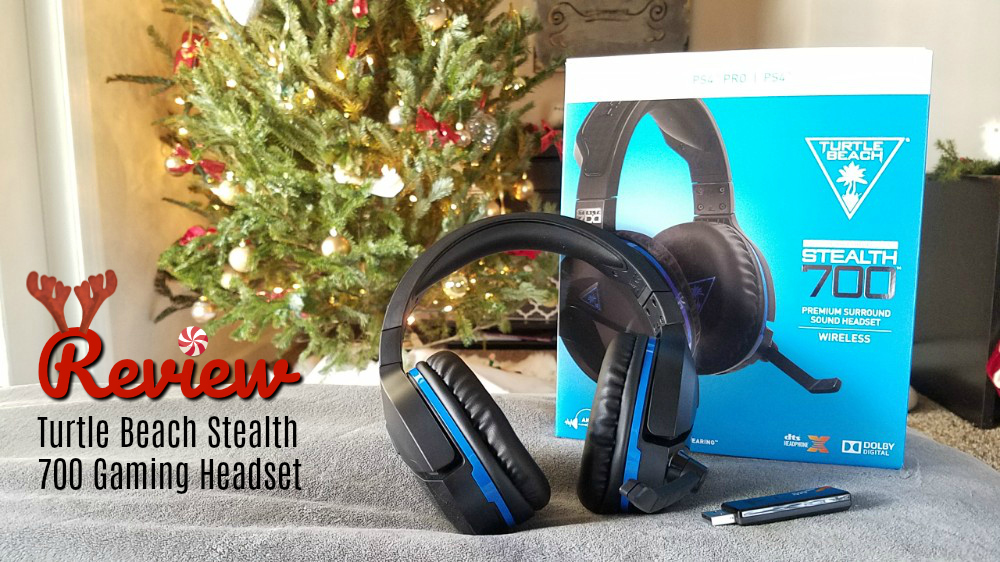 The reviewer has been compensated in the form of a Best Buy Gift Card and/or received the product/service at a reduced price or for free for the sake of this Turtle Beach Stealth 700 Wireless Gaming Headset review.

My kid is an epic gamer. That’s it, I said it. He’s nine years old and has a visceral passion for all things gaming. If I let him, he would eat, sleep and breath video games. Unfortunately for him, he’s only allowed two hours a day, and with the Turtle Beach Stealth 700 Wireless Gaming Headset for PS4, those two hours will officially be AMAZING.

Best Buy sent us the Turtle Beach Stealth 700 gaming headset to review. But, being the practical mom that I am, I decided these were far too epic to just hand over to my nine-year-old. So I handed them to my partner Sean instead to fully inspect and test out before putting them under the tree for my mini human. The cool thing about this is Sean is a musician and an uber sound geek. If a sound product lacks quality he’ll be the first to call it out. He spends countless hours creating and mixing music in his home studio, and he has spared no cost on equipment when it comes to sound.

So what did Sean think of the Stealth 700? Simply put, he was blown away.

Seriously. After setting up the headset (which took all of 2 minutes to do), he chose to play Mortal Combat XL. I sat there eagerly watching his response. Afterall a gaming headset with a price point of $149.00 should get a positive response. Sure enough, as soon as the sound kicked on he said, “Wow, these really do sound good, there’s a lot of bass and it’s really clear. This is truly immersive.” He also really liked the mic’s voice playback. He said it was clear and sharp and especially liked that there wasn’t a foam mic cover in his face.

Naturally, I had to check this out for myself. And he was right! These are lightweight and comfortable. The leather-wrapped over-the-ear speakers are on a swivel (Turtle Beach’s unique ProSpecs™ glasses friendly design) so they fit perfectly and you can see the quality in the stitches. Plus, I couldn’t believe how great they sounded! As a frugal mom, I instantly realized that this headset offered way more bang for the buck compared to others over $200.

I also realized that my nine-year-old was making a pretty sweet upgrade from the childlike headset he’d been using. He’ll be a happy little boy come Christmas morning that’s for sure. I mean, what gamer kid (or grown-up) wouldn’t be?

About the Turtle Beach Stealth 700 Wireless Gaming Headset for PS4

This is the latest premium gaming headset from Turtle Beach. At a price point of $149.00 from Best Buy, they are easily more affordable than headsets that are over $200 and deliver just as much if not more performance. They use DTS Headphone:X technology which delivers a highly powerful immersive 7.1 channel surround sound, and they come with Active Noise-Cancellation and Bluetooth connectivity with app-based settings. So if you get this be sure to download the Turtle Beach Audio Hub for your smart device.

For more information on the Turtle Beach Stealth 700, Wireless Gaming Headset go to BestBuy.com. Plus, they are totally on sale RIGHT NOW! Need more tech geek in your life? See what else I’m writing in the tech space.