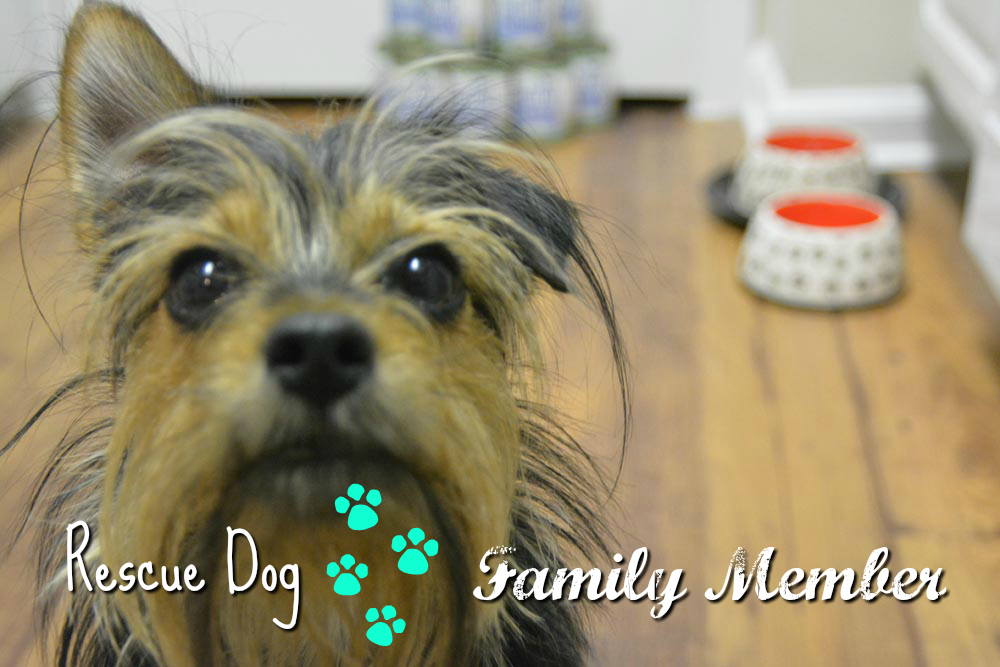 Be sure to read to the end for the $100 Visa gift card sweepstakes. Did you know there are harmful contaminants in most pet food? This shouldn’t come as too much of a surprise given the garbage they put in people food. And worse, your pets can’t tell you when something is wrong. They are 100% counting on you to give them the best care and food for their precious bodies. When Natural Balance® wanted to educate me on the nine harmful things in pet food, I was pretty enthusiastic to learn. My dog, cat, and kid are the most important things in my daily life. I always want to give them the best I can: this means food, too. Educating yourself on safety and quality is the first step in giving your pets the best. The best is a “Natural Balance” on sound principles and nutritional truths. But, before I tell you about the best you can give your pet, let me tell you about my little babe Noreen the Queen the Cuddle Machine.

Noreen the Queen the Cuddle Machine

So many people ask us, “why Noreen?”. Ha, it’s a funny name isn’t it? I like to say she was a 50’s hamburger joint waitress in her previous life, but the truth is we named her after the deli where she was found.

That’s right, Noreen (all 9 lbs. of her) is a rescue dog. Found at just four (super teenie weenie) weeks old roaming the parking lot next to a busy road, Noreen was near death by starvation. She was no bigger than the palm of my hand. A rescue was not even a question. And the rest is history. A history of being one of the smartest, most loyal and sweetest canines I’ve ever known. And yes, she’s an epic cuddle monster. Life without her would be so bland. Coming home from our travels, or even just from daily errands, she is a joy and the love of our lives. I lost my last rescue Yorkie to Cushing’s Syndrome and it was heartbreaking. I vowed to ALWAYS give my pets the best food I could find. It’s the least I can do for unconditional love. That’s why giving her a high quality, healthy balanced and natural diet is a must. We want to have her around forever. When I found out Natural Balance tests for nine harmful things in every batch of their Natural Balance food I was like “wait, there’s harmful things?”. Yeah…

Aflatoxin Mycotoxins are naturally occurring toxins produced by fungi (molds). The class called aspergillus is of the bad one. It produces a harmful toxin called Aflatoxins (a Mycotoxin). Aflatoxin can be found on cereals (corn, wheat etc.), oilseeds (peanuts, soybean, and sunflower) and tree nuts (pecans, pistachio, and walnuts). Contamination depends on many factors such as temperature, humidity and soil condition during growth and further on conditions during storage.

Cyanuric Acid Cyanuric Acid (also called 1,3,5-Triazin-2,4,5-Triol) is a chemical component of disinfectants, herbicides, and bleach. It’s usually nontoxic, but can form poorly soluble crystals with melomile, leading to serious consequences for pets. Cyanuric acid was implicated in the pet food recalls in 2007.

DON (Vomtoxin) Vomitoxin (or DON, deoxynivalenol) is a mycotoxin derived from a fungus (mold) group called Fusarium. It’s naturally present in soil and plants. It’s usually found in grains such as wheat, barley, oats, and rye and causes severe gastrointestinal disease when ingested in sufficient amounts. DON was implicated in mycotoxin events in both farm animals and humans.

Ochratoxin Ochratoxins (A, B, C) are mycotoxins produced by some Aspergillus species and Penicillium species, like A. ochraceus or P. viridicatum, with ochratoxin A as the most prevalent and relevant fungal toxin of this group. Ochratoxin A is usually found in commodities like cereal/grain, coffee, dried fruit and red wine. Ochratoxins may be toxic to humans as it collects in animal meat.

Salmonella SPP Salmonella spp. is a group of bacteria many have heard of. It’s thought to be transmitted to humans or animals through contaminated foods. These bacteria can cause serious illness such as diarrhea, sometimes with bloody stool, nausea, abdominal cramping and urinary tract symptoms. While treatable, it’s usually ending with a hospital trip.

Zearalenone Zearalenone (ZEA) is a mycotoxin produced by some species of Fusarum and Gibberella Fungi (mold). Fusarium is widely distributed in soil and most species are harmless. However, some species produce mycotoxins in cereal crops, such as corn, barley, oats, wheat, rice, and sorghum, that can affect mammalian health. Most of these words we can’t even say, I get it… that’s why it’s important to use a brand you can trust and have confidence in (who has many people who can say these words).

Natural Balance Pet Foods was founded in 1989. Before taking on this project I did my research on them to find they are more than just a producer, but true lovers of animals.  They are pet owners and have a genuine interest in producing the highest quality meals for our pets, for every dietary need (including vegetarian / vegan). I love that they use ingredients like fruits, vegetables and premium animal proteins such as chicken, lamb, salmon and venison. And, I love that they have a Buy with Confidence® promise based on values that define Natural Balance. This makes it easy to believe in the brand: Premium Quality Ingredients, Safety Testing, Nutrition Experts, and 100% Satisfaction. They run nine tests for safety. This is awesome! Every batch is tested before it’s shipped. You can even get the results of the tests ran on your bag in real time! WHAT? WOW!  For more info on the tests go here.  They also have Veterinary Technicians with backgrounds in Animal Health Science who consult them on the unique nutritional needs of pets.

So Where Can You Get the Natural Balance Brand and How Do You Choose?

You can find it at PetSmart, PetCo, independent retailers or online. If you go to their website you can get the nearest location to you. I found that helpful when I was looking for it. I wasn’t sure about which one to get my small dog breed. I had heard this and that from pet store owners, but I wanted something I could count on. So I went to their website again (while I was in the store even) and used the “Help Me Choose” to determine the right food for Noreen.

I believe in Natural Balance

Finally I have found a meal for my sweet Noreen that I can trust in Natural Balance. I know it’s safe and I am confident that when it comes to dietary health, I’m doing everything I can to make sure she’s getting the best she can get. I can’t tell you how important this is to me.

What are you feeding your dog? Are you happy with it? Let’s talk! Tell me about it in the comments below for a chance to win a $100 Visa gift card!

You may receive (2) total entries by selecting from the following entry methods:

3. Blog about this promotion, including a disclosure that you are receiving a sweepstakes entry in exchange for writing the blog post, and leave the URL to that post in a comment on this post

4. For those with no Twitter or blog, read the official rules to learn about an alternate form of entry.

This giveaway is open to US Residents age 18 or older (or nineteen (19) years of age or older in Alabama and Nebraska). Winners will be selected via random draw, and will be notified by e-mail. The notification email will come directly from BlogHer via the sweeps@blogher email address. You will have 2 business days to respond; otherwise a new winner will be selected.

The Official Rules are available here.
This sweepstakes runs from 11/9/2016 – 12/31/2016
Be sure to visit the Natural Balance Pet Foods® brand page on BlogHer.com where you can read other bloggers’ posts!