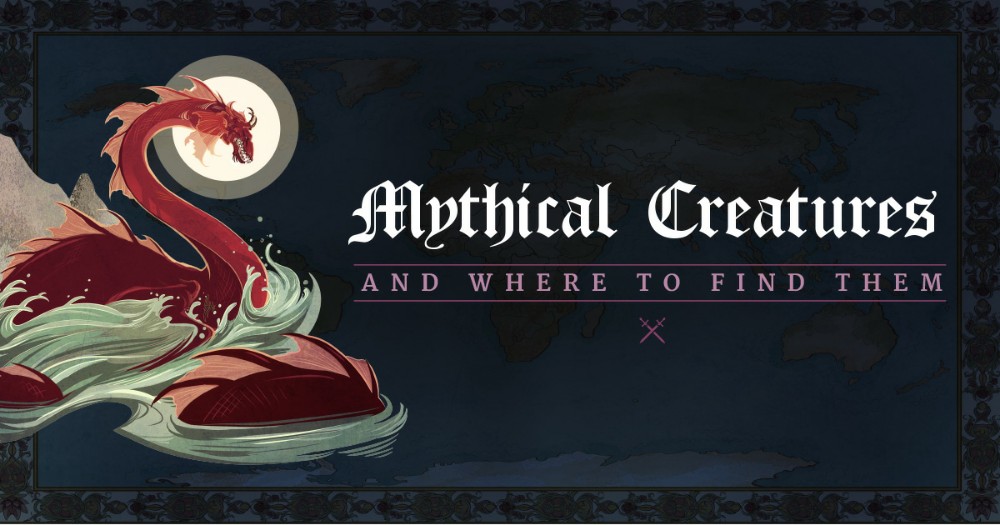 The practice of telling stories is as old as time itself. And it’s in the tales of myth and legend where we find some of our most loved, and most feared, creatures, beasts and oddities. Passed down from generation to generation, stories of shape-shifters, demons, witches, evil snakes and lots more have been used to entertain us, warn us, teach us moral lessons and, yes, frighten us.

Today, popular culture ensures that creatures from folklore are often uppermost in our minds – whether it’s Netflix’s Stranger Things, Game of Thrones or J.K. Rowling’s Fantastic Beasts and Where to Find Them. As a result, adventure holidays are becoming more popular as intrepid travelers head off to unknown lands in the hope of spotting a wonderful beast.

Here are three top travel destinations if you want to discover worlds of myth and legend. While most of these creatures are (probably) fake, that doesn’t make them any less interesting. Let’s take a look.

Mythical Creatures to Wanderlust After

The bunyip – or kianpraty – is a water-dwelling monster that lusts for human flesh, particularly that of little children. The terrifying creature, which is rooted in aboriginal storytelling, is said to haunt the lakes, rivers and swamps of Australia, so you never know when you might come across one.

Like many mythical creatures, accounts of the bunyip suggest it has no settled form. It has been described as crocodile-like but with a canine face and the tail of a horse. Some say it has horns and flippers. Some suggest that unusually for an aquatic creature, it’s covered in a thick coat of dark fur. None of which will be of particular comfort to intrepid travelers – if you don’t know what your enemy looks like, how can you guard against it?

However, while folklore has it that the kianpraty is a killer, aborigines thought different, seeing it as a protector that was sent to earth to bring justice to those who would do wrong. So, as long you’ve not committed any sins recently, you might just emerge unscathed.

As travel experts Expedia explain in their online map of mythical creatures around the world, the unicorn enjoys a central role in Chinese mythology. But unlike those dangerous monsters from folklore, the qilin – a hooved chimerical creature – is said to be benevolent and peaceful, even kind.

While it may look “terrifying to behold”, the reality is quite different. In Buddhist art, the qilin is seen walking on clouds, so reticent is it to harm even a single blade of grass. And while some stories do depict this Chinese unicorn as being capable of hurting people, it will only do so when protecting the innocent.

Going on holiday to Colorado? Keep your eyes peeled and be on your guard for skin-walkers when on a trip to the Mountain State. Derived from Navajo storytelling, skin-walkers are thought to be shape-shifting witches that morph into animal form, typically wolves, dogs and deer.

And they’re far from friendly. Rather than stopping by for a chat about the weather, these red-eyed skin-walkers are out to cause harm and trouble, whether it’s by putting curses on others, causing cars to crash or disturbing people at home.

If you’re on holiday in Colorado and suddenly start to experience a feeling of evil and dread, that might not be a pang of pain because you’ve realized you’ve missed your flight home. It could be a sign a skin-walker is about to appear, as a change in mood is often meant to herald their arrival.

‘The images in this article were contributed by Alexandria Huntington for expedia.co.uk‘.