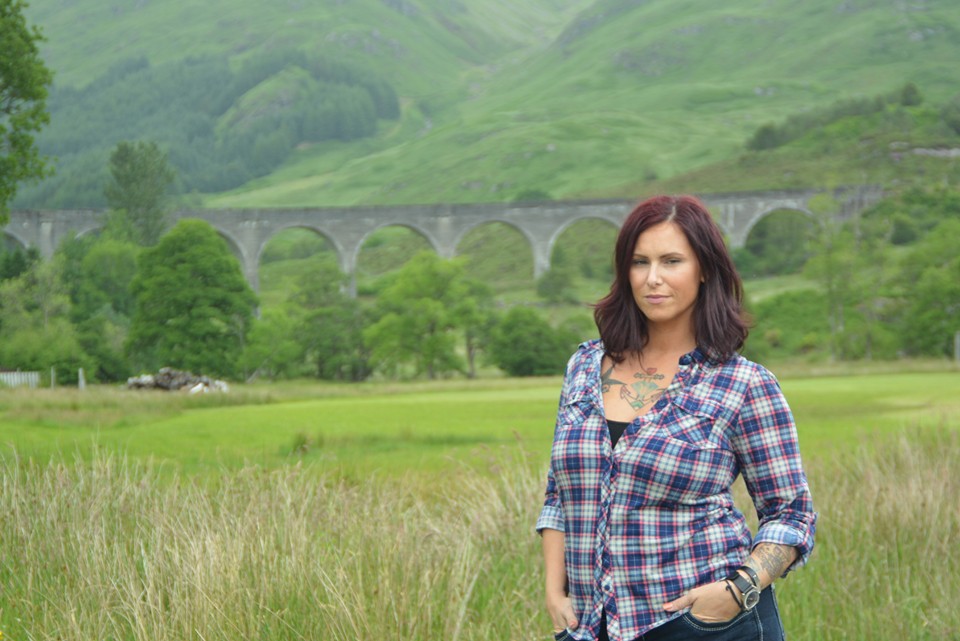 Traveling alone can be scary at first but the rewards far outweigh the intimidation. With good planning, research, and a journal, you can not only ace your solo adventure but reflect on it and even share it with the world by publishing your journal (even if you’re not a writer as there are many platforms you can use to buy an essay based on the footnotes of your personal experiences.

In this post, I will discuss the benefits of solo travel and its adversities.

Enjoying the view from the hilltop hike at Loughcrew, photo by Ed Hannon (a local)

The Hurdles and Rewards of Traveling Alone

When people think of travel, their minds are often filled with images of full moon parties in the Asian tropics, backpacking through the medieval streets of Europe, or going on an adventure trek through exotic jungles.

But solo travel is so much more than these romanticized adventures.

Why is it so rewarding?

Solo travel is about getting out of your comfort zone, exploring new things, and gaining a better understanding of yourself and the world around you. It builds character and confidence, and leaves you cultured with a deeper understanding of just how small we all are on this grand design we call “Earth.”

Getting out of your comfort zone can be intimidating. There are times when a traveler must go at it alone, and in doing so, they will walk into a world unraveled from the familiar.

Taking a drive on the opposite side of the road, for example, is terrifying! But there is beauty in this. Around every corner lies excitement, exploration, and real culture, but only if the traveler can overcome the hurdles that come with traveling alone.

At the Rock of Cashel

Traveling alone is a completely separate experience from traveling with someone you know. Exploring new lands with a group is an experience in and of itself.

The way a traveler takes in their surroundings changes when they’re with a travel partner. Go at it alone they have no option but to experience it themselves, in a manner that cannot be colored by anyone else other than the locals they are experiencing it with.

Dropping the other members of a group also means that the traveler operates on their own time and pace. No longer are they waiting for the slowest member of the group to get things rolling, or being rushed to a museum or tourist spot by a well-meaning guide because they had to keep a schedule.

By going at it alone, the traveler can truly savor sights, sounds, and experiences offered by their destination. Likewise, they also have the ability to skip things that are of no interest to them simply.

What are some of the hurdles?

The feeling of aloneness is often a source of woe to solo travelers because it forces them to face their fears, both internally and externally. Humans are, by nature, social creatures, so when the concept of a social support structure is removed from the equation, it triggers a quasi-fight or flight response.

In this sense, a flight response would be to remove themselves from a particular situation (e. g. leave that area, go back to somewhere familiar, go home).

The fight response is tackling the problem head-on, enduring the pains but also enjoying the rewards of doing something correctly. For decades now, lone voyagers would seek social solace in places like dorms or hostels. Here, they would find fellow journeymen and others seeking a reprieve from the road.

The world has never been closer thanks to technology. These days, if a traveler has a stable WiFi connection they can chat, call, or even carry a video conversation with friends and relatives overseas on the other side of the globe.

Some purists believe that this constant connectivity is ruining the travel experience. There may be some truth to this, but for the vast majority of vagabonds, the internet represents an emergency parachute that they can use to save their trip as much as their sanity.

Security is often a topic bandied about by solo travelers, especially women who usually feel extra vulnerable in unknown parts of the world. It is an obvious and serious issue that can offer you something to write that essay about once you’ve lived it.

But the whole idea begins with respect. As a traveler, it is imperative that you treat locals and fellow travelers alike with respect as well as demand some yourself.

Using one’s common sense is also high on the list, as well as keeping yourself informed of any hostile activities in the area. If the government and tourist websites say that you should avoid a city, town, or area at night, do not proceed to walk down there in the dark with jewelry displayed.

Travelers should also travel with confidence, or at least with an air of trust. Crime exists in all parts of the world, and just like in the animal kingdom they are attracted to creatures that look like and act like prey.

It is not to say that a traveler should be unfriendly, but it does mean that they walk, talk and act with strength. Predators are not prone to attack prey that looks like they are more than willing to put up a fight.

You should understand ways to avoid being a target of crime when traveling, especially when you’re alone.

Traveling alone reveals truths about a person that they may not be comfortable with. But breaking down that barrier gives an opportunity to see the world at their speed, truly savor experiences and make a lasting connection to people and places.

You can mentally profit from the experience as well as financially (if you decide to publish essays on your adventures) all while creating incredible memories as part of your legacy.

While traveling alone will test a person’s will as well as their cunning, intellect, and ability to overcome hardship nothing will empower a human more. So, what are you waiting for?