What better way to celebrate Halloween 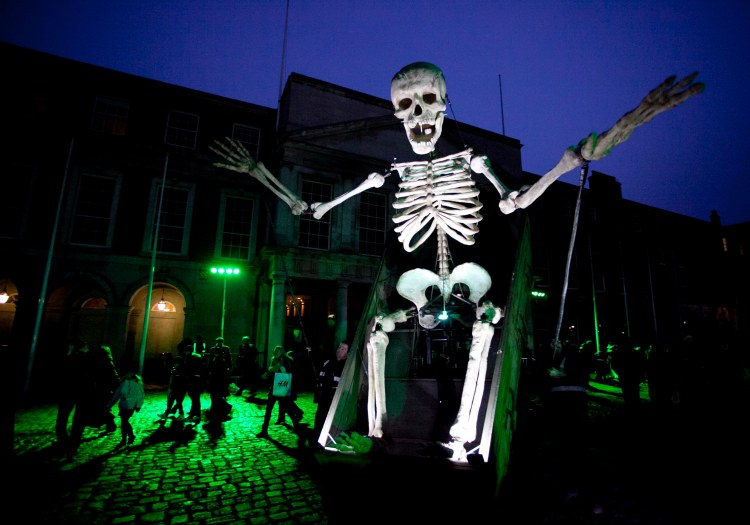 By now everyone in the internet using world should know how much The Fairytale Traveler loves Ireland. If you haven’t received the memo, commit this to memory; Ireland has the best hospitality in the world, and my, oh my do they know how to throw a party. Well, this time the party was the Bram Stoker Festival -and what better day is there to share it with you, than on Halloween. -Christa Thompson, Publisher of The Fairytale Traveler 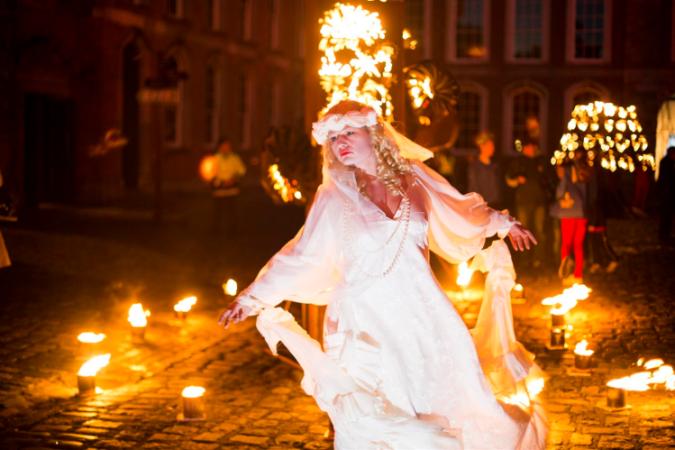 I had the opportunity to travel up to Dublin on Saturday for the annual Bram Stoker Festival. From 26th – 28th of October, Dublin City celebrated the the legacy of the Dublin Gothic-horror novelist Bram Stoker and his epic blood-letting tale of ‘Dracula’. I mentioned Stoker and the Vampire connection in a previous post on the Dearg-Due….An Irish Vampire.

A big thanks must go to Christa Thompson Publisher of The Fairytale Traveler, for putting me onto the event as a correspondent for TFT, she even organized press passes for myself and Ed Hannon of Visions of the Past, thank you. 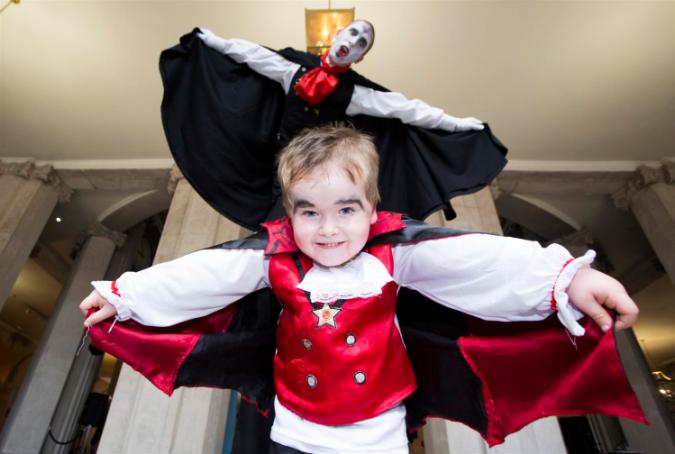 This is a massive gathering, and simply impossible to cover all the events that were happening around the city as one person. Some events would not have been suitable for photography, such as the many movie screenings or book readings, so what I will do is give you just a little taste over the next few days of some of the wonderful events that I was able to see. 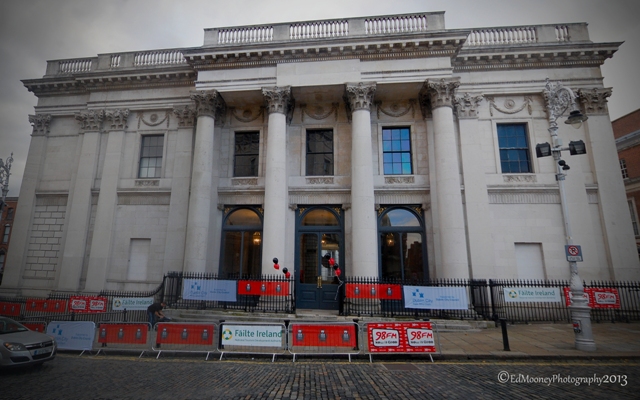 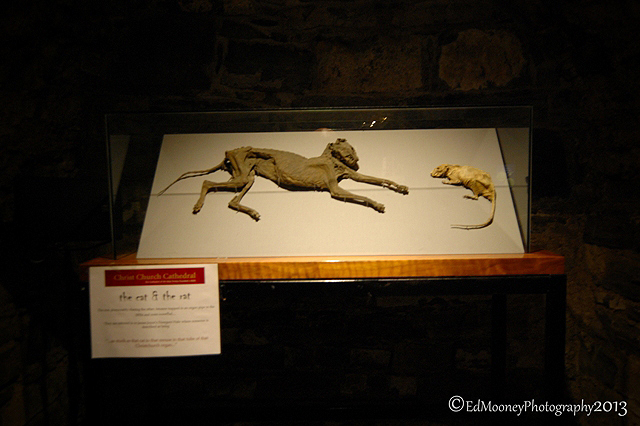 Armed with a vampire goody bag and a list of tasks to complete off I went. First port of call was the crypt at Christ Church Cathedral.  The mission; to locate two mummified animals that were found in a tomb. Easy for me, a cat and a rat. The catch was that you had to get your card stamped by officials at each venue and this could only be done once you had answered the associated question correctly. So with free entry into the crypt it was a great chance to have a look around the old place. The last time I was here was on a school trip many years ago.

You can check out more on the great history behind one of Dublin’s two historical Cathedrals, HERE.

St. Patrick’s Cathedral: Find the tomb of a Knight 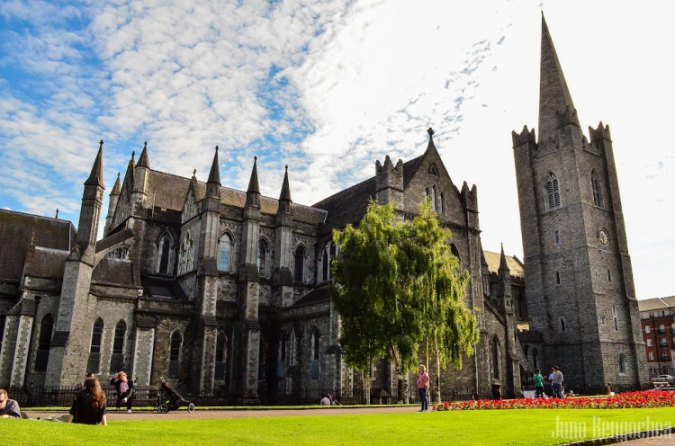 Moving on, the next venue on my list just happened to be Dublin’s historical St. Patrick’s Cathedral. Here, I had to find the tomb of a knight and write down the date of his death in Roman numerals. Not too hard, again St. Patrick’s is another well preserved attraction within the city. Here is s list of the Knights of St. Patrick, and interesting read.

Marsh’s Library, the Oldest Public Library in Ireland: Where did Bram Stoker live in Dublin? 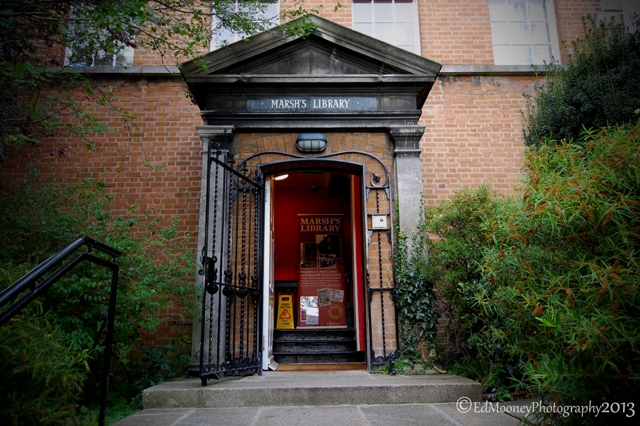 Marsh’s Public Library, the oldest in Ireland by Ed Mooney 2013

Built in 1701 AD, Marsh’s Library also boasts to be one of the very few 18th century buildings that are still standing and being used for its original purpose. The task here was to find out where Bram Stoker lived in Dublin during the time he spent researching at the Library. Now this is were things became difficult. Eventually, after speaking with staff at length about this fascinating place, one of them let slip the ‘where to’ find the answer to my quest, WIN!

Photography is not allowed within the library, but one of the assistant librarians was most helpful once she new what I did, and will be arranging for me to make a return visit with permission to use my camera.  I can’t wait to share this with you, it is truly a fascinating place.

St. Kevin’s Park: What famous Irish person was interred after torture and and execution? 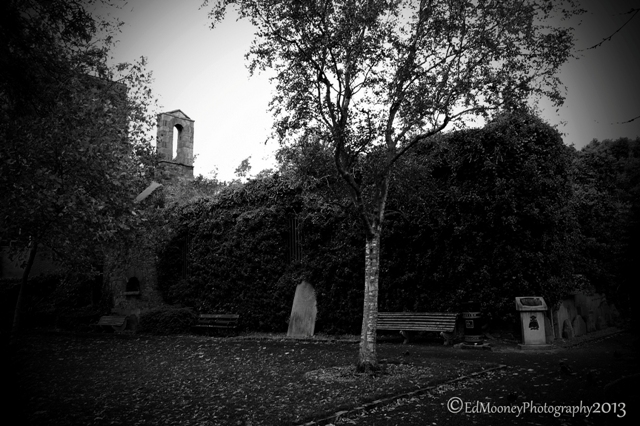 Moving not so quickly along, took me down to Camden Row to St. Kevin’s Park which houses the ruins of another old church. It appears that the grave stones were all removed at some stage to turn the area into a small park. These tombstones have all now been placed along the boundary walls. The church is nothing spectacular, but the reason for visiting was to find the name of a famous Irish person whom was interred here after being tortured and executed for treason. As luck would have it the answer to this was found on the Park notice board.

Theater in Chancery: What is Bella Lugosi? 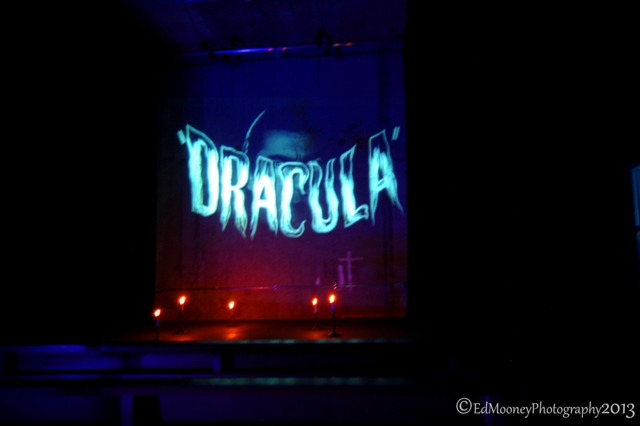 The next port of call took me to the small Theater in Chancery . Here, I was directed into a screening of a trailer for the 1931 version of Dracula staring Bella Lugosi. I pretty much guessed the answer to this question. A Vampire Bat! It was great seeing the old movie again. I think I may have to add it to my media drive and have a spooky night in some time soon. 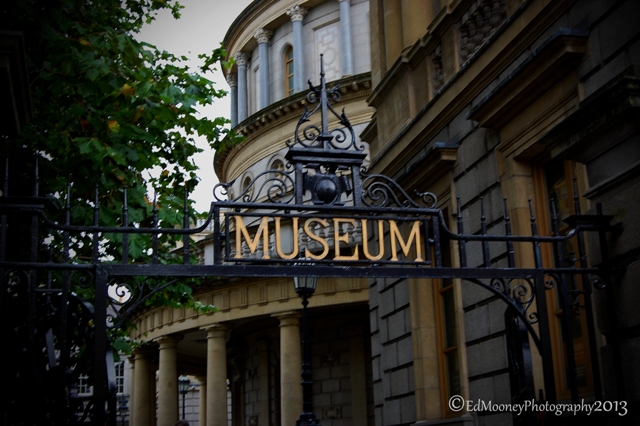 At this stage my feet were feeling worse for ware, and I had been spending far too much time chatting to people and taking images. So, after giving myself a verbal kick up the backside, I was off to the National Museum of Archaeology on Kildare Street. My mission was to find a small statue which resembled the Dullahan or the Headless Horseman and find out what castle it came from.

This was probably the hardest item to find, located in the Medieval display on the first floor. I eventually found it in a partially hidden section, which many others also passed by a number of times. The museum is a very interesting place full of great treasures and is well worth a visit.

Trinity College: Who studied here and was a member of the Historical Society? 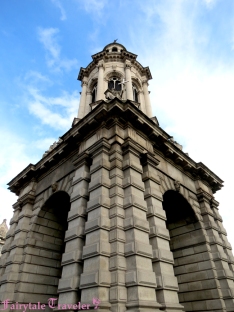 Then on to the wonderful Trinity College Dublin. A center of learning for 400 years with a remarkable history. Did you know it is also the home to the famous Book of Kells? It was here that Bram Stoker studied and was a member of the Campus Historical Society. As luck would have it this was the answer to the next quest. So, all I had to do was find the event desk and have my hunt card stamped. This turned out to be easier said than done. After some time I eventually found them in the Long Room which was the old College Library. The place was packed with tourists and after fighting my way through the masses I was able to complete yet another task. 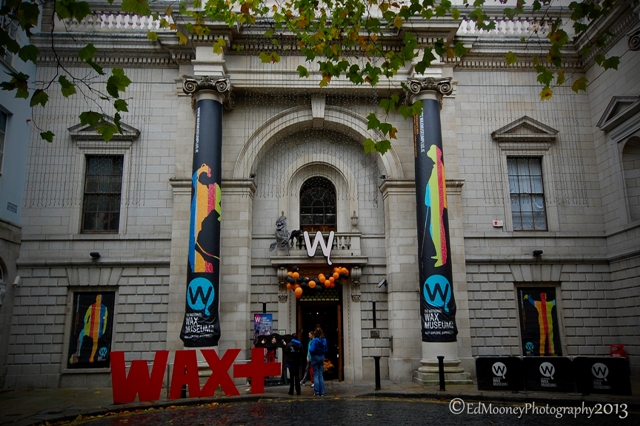 Next was the Wax Works Museum over on Foster Place. This used to be housed over on the north side of the city and was much smaller than I remembered the old museum to be. Here, I had to find out what color eyes the Dracula statue had. Many people seemed to have difficulty with this as the lighting in the room was quite dark. A quick burst of light from my trusty flashgun soon settled matters and I was hightailing it across the river to my final destination. 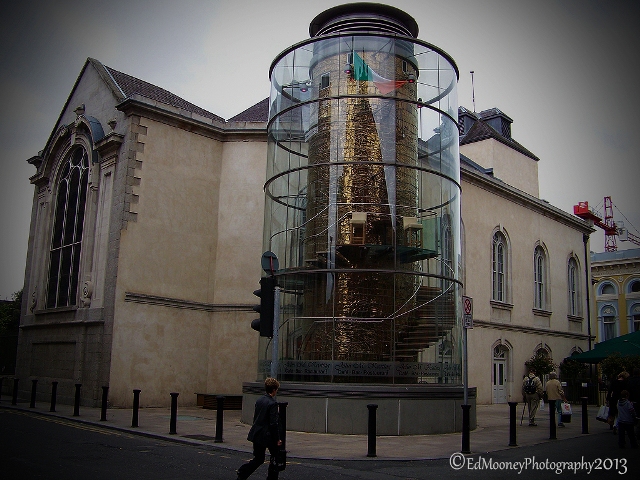 The former St. Mary’s Church of Ireland Is one of the earliest examples of a ‘gallery church’ in Dublin. Built at the beginning of the 18th century, it boasts many outstanding features such as the Renatus Harris built organ and spectacular stained glass windows. It opened up in 2005 as “The Church Bar & Restaurant”. Here, I had to find a burial site and the name of the person buried along with them. 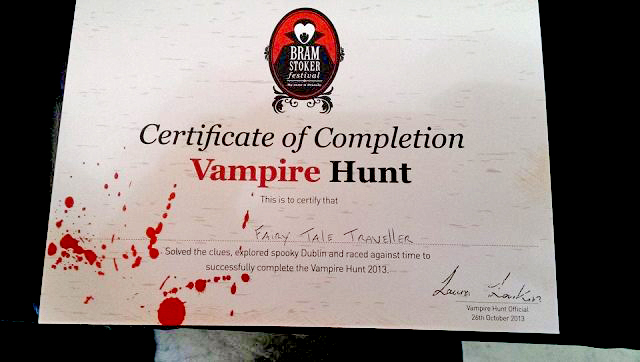 Then it was a dash back to city hall to finish. The hunt was estimated to take 100 minutes approx to complete, I came in at just over four hours, oh the shame, Every team that finished the hunt received a certificate of completion which I thought was a nice touch.