A brand new season of the NBA is just around the corner, and in this column, we look at some NBA season facts you should know before the much-anticipated season gets underway.

The 2021-22 regular season marks the NBA’s 75th anniversary, and the league has revealed some of the exciting plans it has in store for its diamond celebrations.

The landmark season, NBA 75, will feature celebratory matchups throughout the entire campaign to bring together the NBA’s past and present and highlight transcendent players, epic moments, feats of excellence, and remarkable teams.

The opening week will feature a slate of marquee billings to kickstart the 75th anniversary, while Christmas Day will bring its usual jampacked card of blockbuster matchups.

NBA 75 classic anniversary matchups will be interwoven into the schedule highlighting teams, players, coaches, and moments that define the league’s history.

As the NBA celebrates 75 years, it only fits that a 75th Anniversary Team is selected.

A team comprised of the 75 greatest players in league history – those distinguished as having played a crucial part in creating the fabric of greatness that underlines the world’s best basketball league.

A panel featuring media, current and former players, coaches, general managers, and team executives will decide the 75th Anniversary team, which they will announce this October. 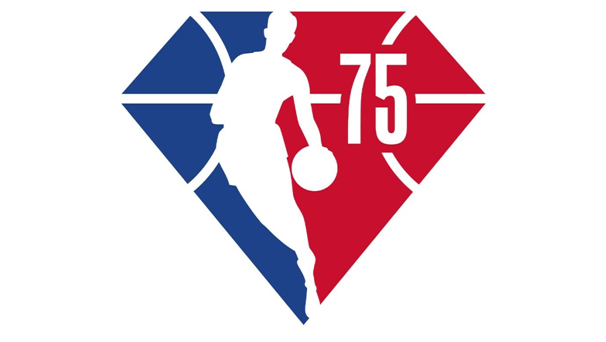 To pay tribute to the landmark moment, the league has unveiled a new logo for its diamond anniversary.

The traditional NBA Logoman is now in the shape of a diamond. NBA merchandise will also carry the new logo.

NBA returning to the regular-season schedule

After the coronavirus pandemic upended the 2020 NBA season and forced a slew of virus-mandated edits on the subsequent 2021 NBA season, the league announced it would be returning to regular proceedings for the 2021-22 NBA season.

September 28, 2021, is when training camps hope to get underway. Fans widely expected the return to normal.

NBA Commissioner Adam Silver stressed the league’s objective to get back on track for the 75th anniversary season, so long it was viable with the coronavirus pandemic still raging on in the background.

On the downside, the NBA returning to normal means the offseason will be short again for several teams, which can prove to be a severe disadvantage to those that featured deep in the playoffs.

The NBA finalists – the Bucks and Suns – are facing the shortest offseason of all because the final game of the NBA Finals concluded on July 20th.

Looking at the Book Makers Review, The Bucks nor The Suns are top favorites to take the final.

Many say the 2021-22 NBA Championships will go to the Brooklyn Nets and the Los Angeles Lakers, according to the NBA odds in futures markets.

They are pricing The Nets at +250 and Lakers at +350. The Bucks are tipped as the third favorite overall, at +850. Though they’re not favored to repeat as NBA champions, we will not write them off either.

Both the Nets and Lakers had their fair share of injuries last season and those contributed to their early exits in the playoffs.

For the Nets, a rash of injuries to their trio of stars – Kevin Durant, Kyrie Irving, and James Harden – at varying points proved detrimental.

The injury bug pretty hard and early in the season for the Lakers, who won the 2020 NBA title.

So, by the time the playoffs rolled around, they were severely hobbled, and it wasn’t surprising to see them bow out in the first round.

The extensive offseason will benefit Brooklyn and Los Angeles, so underscoring their favoritism for the upcoming season.

Of course, having an extended offseason isn’t the only reason the Nets or the Lakers are in favor.

On paper, the pair represent some of the most star-studded casts in the league with the right blend of veteran leadership, championship pedigree, and youthful exuberance required to challenge for the NBA title.