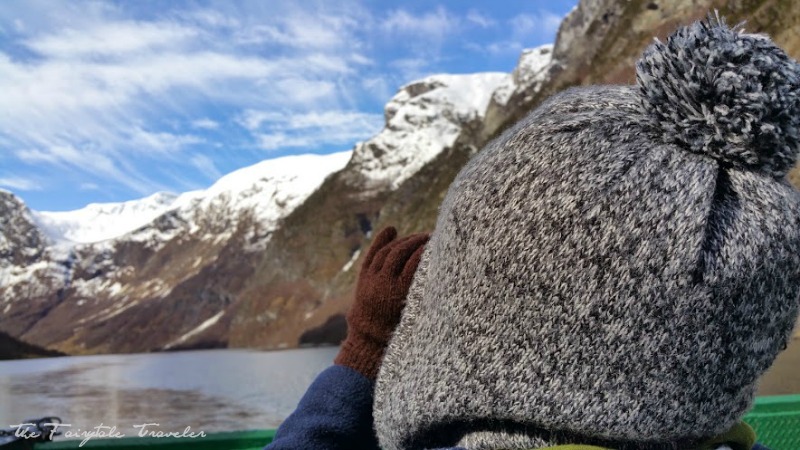 More and more parents are taking their kids to epic destinations. Whether you chose to homeschool, world school, or just want to spend more time together as a family, there are some amazing benefits of kids traveling. No matter when you travel, be it regionally or abroad, you’re going to see people who dress differently than you, look differently, and even speak differently. Your family will learn many things about the world and the humans in it. This type of exposure is priceless and limitless, and in my opinion, helps to develop children into well-rounded adults who respect people, history, art, and our planet. The family traveller is the most fruitful type of traveller in my opinion.

Here Are a Few of the Benefits of Kids Traveling

The Little and his Pollock

When you travel with kids, they get to experience new foods, some of which can even entice the pickiest of eater’s interest! There are a number of fruits and vegetables that can only be found in certain parts of the world. Getting to experience that first hand, even if it does mean just seeing them, will help create little world citizens. As a child, I vividly remember traveling with my family and trying different foods. It wasn’t always crazy things either! I remember the first time I tried Kansas City BBQ as my mom explained to me the differences between all the American BBQ capitals.

I am always amazed at how quickly little ones pick up new languages and how much they remember those key moments that make a vacation memorable. A family trip abroad could be what inspires your child to become a French chef, a Spanish teacher, or even an architect who specializes in Scandinavian designs. Kids are always excited to learn new things, so making it an educational experience is easy! See how many new words your little ones can learn and make it a game to learn a new language.

The insanely adorable Pottery Barn-like village of Undredal where Norway’s finest goat cheese is made.

With varying landscapes come varying ways of life. From a fjord cottage in Norway to a flat in New York City, there is a different lifestyle to be explored. Exposing kids to varying lifestyles can inspire them to dream about where they see themselves living one day. It also helps them appreciate their own lifestyle while giving them aspirations to achieve. We never know what moment or memory will find its way into the vision of our child’s future self. But it could just be that they fell in love with the hustle of the city, or the quiet of the country, and from that set on a path to fruition.

One of the most fascinating things about traveling to far off places is the wildlife and terrain. Exposing your kids to new animals and landscapes will most certainly feed their curious minds while encouraging them to love and protect the planet. Through landscape and wildlife, they can be taught about various aspects of science. Why are those mountains so big, why is this waterfall so tall, and why does this Panda have so much fur? Travel gives kids a reason to ask questions, and questions are a platform from which to learn, appreciate, and be inspired.

Gauge at the Day of the Dead festival, Xcaret

One of my favorite things about traveling has always been seeing other religion’s places of worship, even if it was just the outside of the building as a kid getting to see these beautiful buildings that looked like something I had never seen before. Teaching kids about the religions of the world will educate them and give them a strong reason to respect the spiritual beliefs of all people. There are both history and great stories woven into the fabric of world religion, both which help to shape the intellectual minds of kids.

Having some fun with heavy helmets at Desoto National Memorial in Bradenton, Florida

Do you remember when you were in fifth grade and you had to learn about the Civil War, Native American Indians and all the other textbook history that went in one ear and out the other? Kids generally don’t find an interest in history. It’s just not hands on enough for them. Traveling the world with kids is a great way to expose them to history in a way they can appreciate it. For example, had I read to my son about ancient Viking ships in Norway or the California Gold Rush, he likely would have lost me very soon after I started reading. So why did my son know about these things, with a clear memory, by the time he was seven? Because I took him to see ancient Viking ships in Norway, I took him to explore California’s Gold Country.

The Viking Heritage Museum is very interactive for kids with games, a classroom, and a fun audio tour with movies. Here The Little is checking out Viking Age artifacts.

He had the opportunity to see actual Viking swords, jewelry, and carvings. He heard stories of Thor and Odin and learned about the Valkyries. By the time the last Marvel Thor film hit theaters, he was schooling kids about the Norse Mythology behind the comics. And he was nine.

In California, he sifted for gold, went inside ghost mines, explored historic parks, and submerged himself into the wild west. He learned about Native Americans from actual Native Americans and even camped in the great outdoors just as the gold miners did in the 1800’s.

You just can’t get that from a book. You can’t absorb it from pictures. These are the kind of experiences which need to be received first hand.

Every region in the world comes with its own special heritage, folklore and mythology. One of the greatest benefits of kids traveling is to let them experience this first hand. When I took my son to Ireland we explore ancient megalithic stones, talked to storytellers about fairy folklore and visited ancient monasteries where the greatest legends of Irish lore were transcribed. When we go to Mexico, we attend ancient Mayan reenactments and explore Mayan ruins. These experiences have given him a deep understanding of the history, culture and heritage of those regions with great fascination and respect.

We are not given handbooks as parents, and we don’t have all the answers. But one thing is for sure, and I can say this with great confidence, exposing your kids to the world and the many walks of life within it can only benefit them in finding their own purpose. One of my biggest parenting methods is to expose my son to as many careers, places, and people as I possibly can so he can have a broader picture of the world and where he fits in it.

The benefits of kids traveling are many. From exposure to history to diversity, there is no better way to enrich your children with humanitarianism, culture and a love for our planet than by getting them to see it first hand. I hope this encourages you to explore everywhere and everything with your kids. After all, they are the future, they will lead us, and they will be the ones protecting our world.