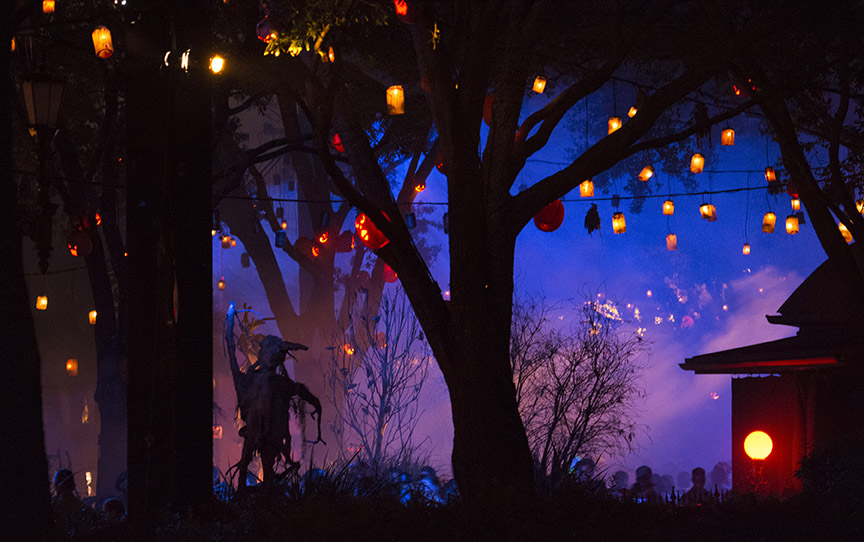 As a Florida resident, much of my life during the Halloween season was spent attending Universal Orlando Resort’s famed horror event. I’ve watched it evolve over the years and to date, it’s one of my favorite Halloween traditions. So, I’m bringing you all the Universal Orlando Halloween Horror Nights 27 News right here, updated regularly. Plus, you’ll get the scoop on practical tips, ticketing, and all the promo trailers.

Follow me on Instagram where I’ll be sharing my HHN27 Story on September 24th as well as the new Volcano Bay and my silly adventures from Islands of Adventure and Universal Studios during the day!

Eli Roth brings his filmmaking skills that he’s so famously known for in SAW, Hostel and Cabin Fever to Halloween Horror Nights 27 with his commercial debut of the park’s “Halloween Horror Nights” TV spot, The Mourning After. In the behind the scenes footage he talks about his respect for the annual event and how much work goes into the entire production. This is a common denominator I have heard from many industry talents like Greg Nicatero (The Walking Dead) and John Landis (American Werewolf in London).

You can watch the behind the scenes footage here:

The Mourning After TV Spot

I loved watching the behind the scenes footage of this before actually seeing the TV spot. I could tell it was going to be super creepy awesome. I think it lived up to the Eli Roth skillset he’s so well known for and of course, it totally got me pumped for Halloween Horror Nights 27.

What you never saw a guy with a chainsaw hand before?”

I love this franchise, all the way from my youth, this is a cult classic for most. To see it come to life at Halloween Horror Nights is nothing short of amazing. If you’ve been watching the STARZ series, you’ll appreciate this maze as you approach characters from the iconic comedy and gory scenes from seasons 1 and 2.

The Shining Makes its Debut

This is another indisputable cult classic. The Shining brought psychological thrillers to a whole new level and now it’s coming to HHN27 as one of their newest mazes. If Universal gives us even a fraction of the terror in the classic film, it’s quite possible we’ll be geeking out while having the crap scared out of us at the same time.

Academy of Villains: Afterlife is a dance group which brings the “Afterlife” theme to the stage this year. Last year they had A routine called House of Fear where they shared their unquestionable skill in gymnastics and dance.

SAW Returns with an All New Maze

The SAW Maze brings the insane games of Jigsaw to fans as it returns with new games; Razor Wire, the Reverse Bear Trap, the Automated Scalping Machine and the Pound of Flesh. There will also be a living preview of the upcoming JIGSAW film. I’ve never seen a “living preview” before so this should be interesting.

Returning for the second year, American Horror Story brings Ryan Murphy’s twisted anthology to fans with iconic scenes and characters in an all new maze. There are so many ways to do this maze, I’m excited to see which direction it takes. I love most (not all) of the AHS seasons, but they are all definitely twisted and creative, something that makes horror so special to experience first hand.

Universal Orlando’s Halloween Horror Nights has always delivered unique scare zones over the years. This year should be no different with stalking characters “scareactors”, cool effects, creepy lighting and all the scare zone bells and whistles. This year the horror film based themes are Trick ‘r Treat and The Purge. I’m super stoked about this since the latter is officially my favorite to date. There are also other themes based on things that are just all out creepy and terrifying.

Here’s where you can find all the scare zones:

DON’T BRING YOUR KIDS…. Totally tacky, it’s so not for kids under 13. They won’t stop you from bringing your kid, but you’ll most certainly get some WTF looks from parents. Don’t be that parent.

If you’re not from Florida then you should know that September and October weather there can be warm and humid. Dress accordingly. The less you are carrying the better, you don’t want to be holding a bunch of stuff going through the mazes. It’s best to have a backpack.

Wear comfy shoes, people stepping on your toes in the mazes sucks… and it can actually really hurt.

These rides are open at night and often have short lines -Hollywood Rip Ride Rockit, MEN IN BLACK Alien Attack, Revenge of the Mummy, The Simpsons Ride, Escape from Gringotts, TRANSFORMERS The Ride 3D (Diagon Alley open this year at night).

You should spend the extra bucks on express passes. There is no way you will see all the mazes. You have to plan your logistics ahead of time. Get there early, you need all the time you can get. Beer lines can get long, try hitting up the beer lines towards the back of the park. Try to avoid high peak days like Friday and Saturday. Or, you can shell out a little more and get onto a VIP tour which is my preference. I did that in 2015 as well.

If you purchase an HHN Express Pass, it works on the rides in addition to the haunted houses. The only exception is Escape from Gringotts, which will not have express access.

Want to VIP tour the parks during the day?