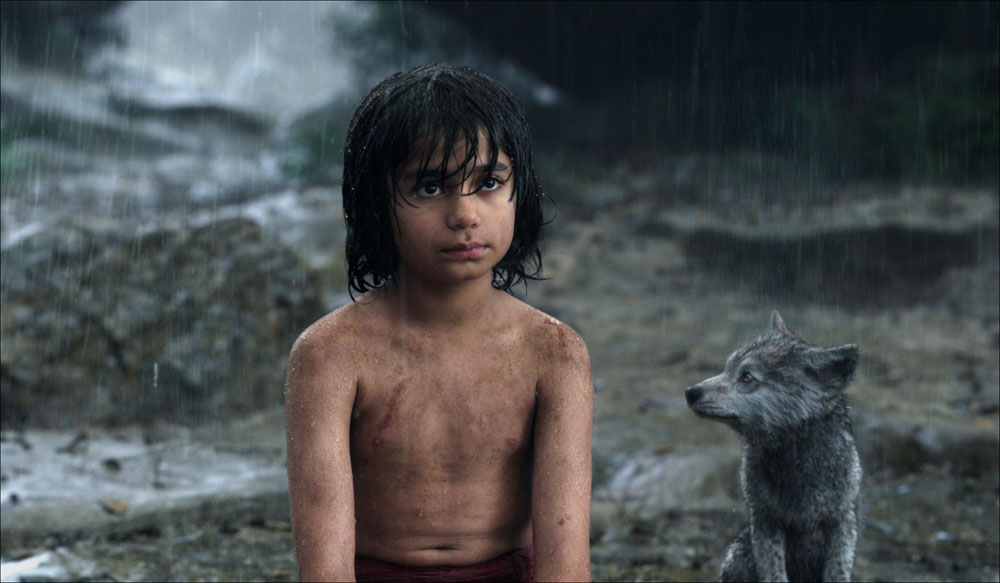 I am so excited about The Jungle Book live-action film from Walt Disney Pictures. The Little was about four years old when I began reading this classic book to him. You could see the wonder in his eyes as he listened intently as Mowgli’s jungle adventure unravelled. This has been a story near to my heart for many years, a timeless classic. Now, once again being realized in full IMAX 3D with all the movie magic you could dream up, we approach the theatre release of this epic story with its first official clip and stunning promo images.

Alongside The Jungle Book undoubtedly being one of the most visually epic films of 2016, Disney has released an immersive website on Tumblr, you can explore chapters like “Words to Live By: The bare necessities for a man-cub to survive” and “In the Face of Danger: Learn about the Red Flower and Shere Khan.”

New chapters will be revealed over the next two weeks featuring exclusive content from the film.

I’m in LOVE with the just-released promo images for The Jungle Book! Seriously, these are so flawlessly intense! They feature the cast; Idris Elba, Scarlett Johansson, Lupita Nyong’o, Sir Ben Kingsley, Christopher Walken and Giancarlo Esposito paring each with their screen character.

She is the protector, the  eternal mother,” says Nyong’o. “The word Raksha actually means protection in Hindi. I felt really connected to that, wanting to protect a son that isn’t originally hers but one she’s taken for her own.”

Kaa seduces and entraps Mowgli with her storytelling,” says Scarlett Johansson. “She’s the mirror into Mowgli’s past. The way she moves is very alluring, almost coquettish.”

King Louie is huge–12 feet tall,” says Christopher Walken, who voices the character. “But he’s as charming as he is intimidating when he wants to be.”

Akela is a fierce patriarch of the wolf pack,” says Giancarlo Esposito, who voices the character. “He believes the strength of the pack lies in what each and every wolf offers. He’s a great leader, a wise teacher.”

Shere Khan reigns with fear,” says Elba. “He terrorizes everyone he encounters because he comes from a place of fear.”

Bagheera is Mowgli’s adoptive parent,” says Ben Kingsley, who lends his voice to Bagheera. “His role in Mowgli’s life is to educate, to protect and to guide. My Bagheera was military–he’s probably a colonel. He is instantly recognizable by the way he talks, how he acts and what his ethical code is.”

The drama in these photos captures the very drama we have been following in The Jungle Book since D23 EXPO 2015 last August. So exciting to see these come to life in such an intense way.