From soul cakes to candy…

Oh how I loved trick or treating as a kid, and clearly I’m not alone. Every year millions of children dressed from princesses to pirates and everything in between, flood their neighborhoods with one goal in mind -he who gets the most candy wins. We love this tradition, in fact we love it so much that even as adults we haven’t abandoned the idea of dressing up and asking for treats, (except our treats generally come in the form of a cocktail glass). So, where did this multi-billion dollar enterprise come from anyway? 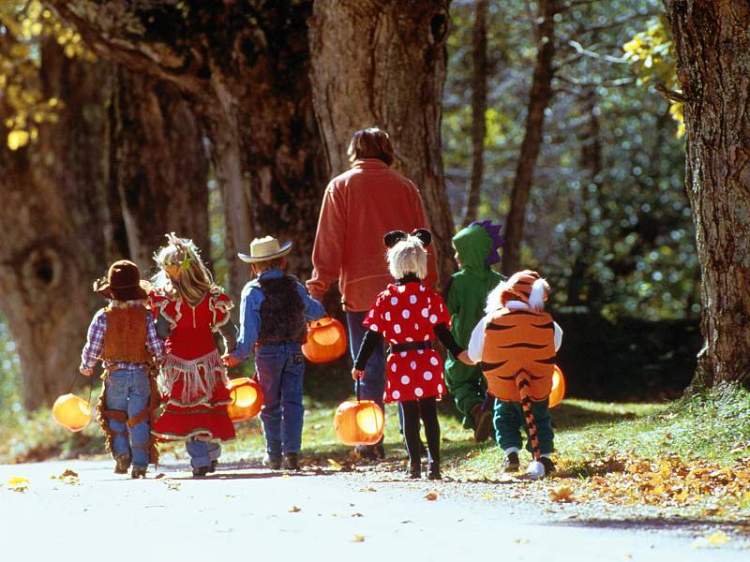 It was believed that on this day of October 31, the dead were on a mission to possess the living. So, in an effort to ward off evil, people would dress in ghoulish costumes and make frightening noises.

In Scotland, dressing up has been dated back as far as the 1800’s and has ties to the legend of Stringy Jack.

A child sitting next to a loved one that has passed

So Where did Trick or Treating Come from?

The idea of trick or treating came from the 9th century practice of ‘souling’. On November 2, All Souls Day, Christian children would walk the streets in their village singing and saying prayers for the dead in return for ‘soul cakes’ (not like the space cakes in Amsterdam), these were made from breads and currants. When a loved one was deceased, people would offer prayers to get their souls to Heaven as quickly as possible. The more prayers that were given, the more soul cakes they received. Sound familiar; he who has the most cakes wins. Thus, trick or treating.

Halloween and trick or treating came together much like many traditions have in North America, Ireland and the UK, with a clash of Celtic and Christian traditions. However, the tradition of trick or treating has only been in the United States since 1940 when it began in Minnesota!

In Mexico children get treats in a similar fashion called calaverita, “little skull”. The children ask “¿me da mi calaverita?”, can you give me my little skull? These are usually made of sugar or chocolate. This is known to be done during the “Festival of the Dead” or “Dia de Los Muertos” like this photo I took at Xcaret Park.

Want to know more about the Jack-O-Lantern? Click here!

Happy Trick-or-Treating everyone! Have a safe and Happy Halloween!