Go ahead, call me a nerd. I’ll be the first to agree with you. In light of the blockbuster Man of Steel I just have to share that Superman’s Fortress of Solitude is in the Cave of the Crystals in Mexico.  How’s that for intel?

The Cave of the Crystals

The ultimate man cave just may be the Cueva de los Cristales (Cave of the Crystals) in the Naica Mine of Chihuahua, Mexico. However, don’t pack your bags just yet. This marvelous wonder is the closest thing to hell, short of jumping into Mount Nyiragongo. With temperatures reaching up to 136 degrees Fahrenheit and 100% humidity, this cave is relatively unexplored. 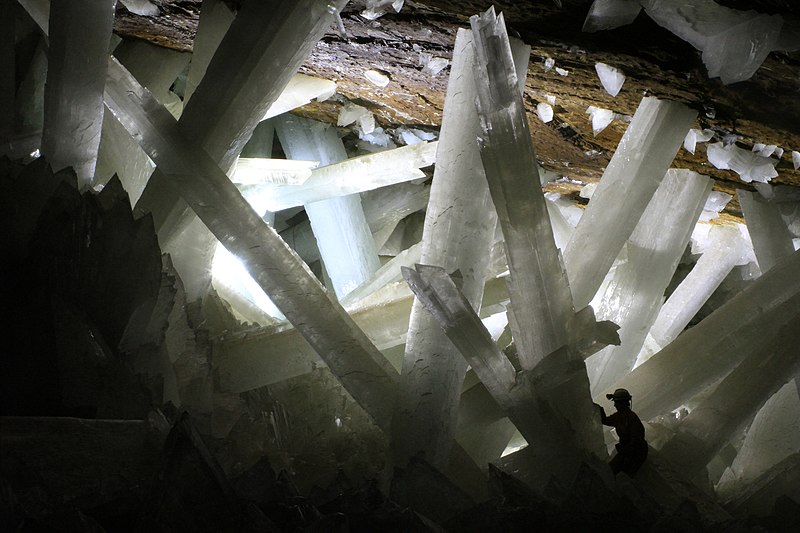 Superman nailed it when he chose his Fortress of Solitude. The Cave of the Crystals sits 1,000 ft below the earth on a fault line nestled just a mile and a half from a magma chamber. The crystals are made of selenite (gypsum, the same thing dry wall is made of) and have been measured to be up to 4 ft in diameter and 36 ft long. The largest crystal is dated at 500,000 years old, but unfortunately the crystals do deteriorate in the air, so it’s best they stay far away hidden underground.

The Cave of the Crystals is horseshoe-shaped and set in limestone. Normally, the cave would be full of water, but pumping operations from mining companies in Mexico keep it on the dry side. Clearly Superman decided to not only make his fortress difficult to locate, but hard to get around in because there are huge crystal beams jutting out from the walls and floor – no way was he going to make it easy to find him.

Chances are I will never step foot into this cave (unless someone has a  refrigerated suit with a cold breathing system they are willing to loan me). I just thought it was pretty damn sweet. Even though us humans could never survive this environment for more than 15 minutes, my bets are on Kal-El.

As always, your feedback is welcome.